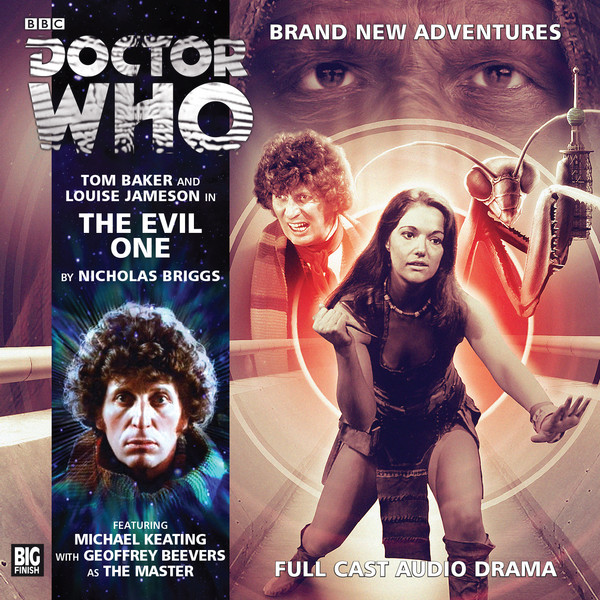 As Old Sixie himself once said: ” Change m’dear, and it seems not a moment too soon”.

Well, when I was 5, I certainly didn’t believe this, my Sarah Jane had gone and been replaced by a strange shouty tough action girl, I spent most of the next couple of years wondering if Sarah Jane would come back, not exactly disliking Leela, but more pining for Sarah Jane.
When I was a child, I thought as a child, now I am a man I put away childish things and as an adult I really truly appreciate Leela and am in permanent gratitude that an actress of the calibre of Louise Jameson has been a huge part of our show.
What I have tried to say in the last few paragraphs of rambling is that I am a Leela convert, not an evangelist, but a firm supporter, and every month I am amazed at how much depth that the character has and more importantly had. Big Finish haven’t done a major re-establishing of her like they have done with Mel.  The thing is, the character was always there, subtle, with depth played by an actress at the top of her class.
So, on to The Evil One, which really is Leela’s story.  She is suffering from nightmares, very out of character for her.  She believes herself responsible for her father’s death and when she gets separated from the Doctor, her world is turned upside down, and we see the person she could have become without the Doctors’ influence, a cold, heartless savage, capable of callous atrocity. But who is pretending to be Xoanon? Who is exerting such an influence over Leela and why? Unfortunately, spoilers galore if I let you in on this, but suffice to say, it takes the Doctor and Leela’s relationship to the edge and back again.
The feel is very “season 15 space opera”, and the accompanying incidental score is the most authentic recreation of the era I have heard. But unlike the season 15 era, the plot is very character driven, giving Louise Jameson an almost blank canvas to stretch her not inconsiderable acting muscles.  Boy is she good in this one, possibly her best performance as Leela, and the scene at the very end with her and Tom is a real bittersweet joy to listen to.
This is almost like Shakespeare, the plot may be derivative, some of the characters are stock, but oh my, the words just break your heart, and words as good as this delivered by an actress as good as Louise Jameson and what is there not to like?
Overall, when the curtain falls on this one, the dust settles at 9/10